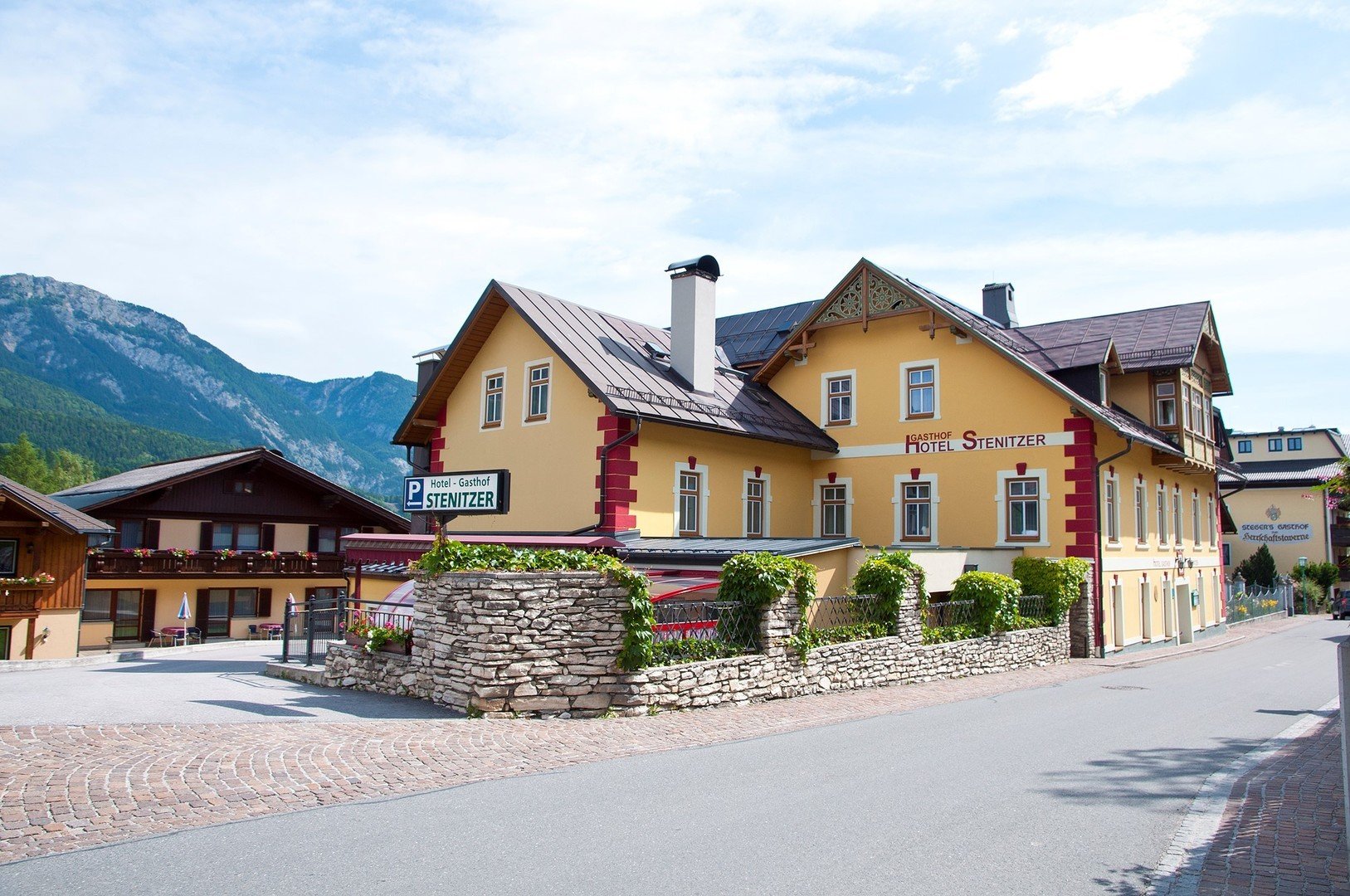 The first recorded year is 1522, when Hans Grueber's Greimblhofstatt was first mentioned in the land register of 1577.

The next entry is from 1685, where Appolonia Schwaiger is mentioned as the hostess of the Greimblhofstatt.

Around 1770, according to the old land register of the manor house, there were 35 houses in the market house. Among other things the following entry is noted: "The innkeeper's tavern with mill, called Greimelhofstatt, Urb. No. 4, Georg Sulzberger, half stone and with floor".

In 1930 the family "Von Stenitzer" from Carinthia acquired the estate and gave the house a new name. From that time on the
inn has been family owned for 4 generations.

On June 1, 2002 the company was taken over by the Schram family (Bettina and Franz with daughter Julia).

On October 1, 2019 the Hotel Gasthof Stenitzer was taken over by the company Apart4you GmbH and is now managed by a small team with big plans.